Over 140 years ago,young master brewer August Kuentzmann Damm emigrated from Alsace with his wife Melanie, fleeing the Franco-Prussian War. The journey took them to the Mediterranean coast where they settled down to make their dream come true: brewing beer.In 1876 they set up their own brewery and created a beer that was adapted to the Mediterranean climate. Lighter than central European beers more suited to cold climates, we know it as the Mediterranean lager beer. Since then, Estrella Damm has been brewed using the original recipe from 1876, the result of a combination of barley malt, rice, and hops. 100% natural ingredients. 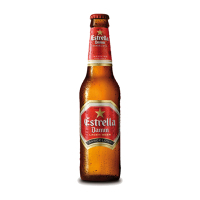 The Damm brewery has existed since 1876, when August Kuntzmann Damm founded his brewery in... 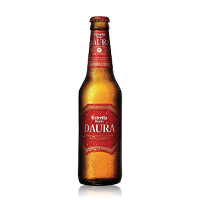 Made by Barcelonas famous Estrella brewery, Daura was launced in 2006 and has won numerous... 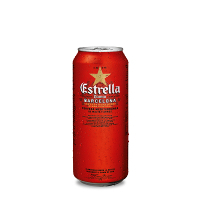 Made by Barcelonas famous Estrella brewery, Daura was launced in 2006...