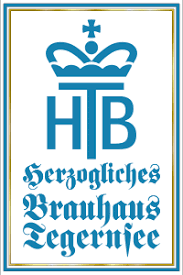 Founded as a small "Bräustibl" for thirsty drinkers, first the Tegernsee monastery brewery and later the Ducal Bavarian brewery, the Tegernseer Bräustüberl has long been one of Bavaria's best-known brewhouses.  The old monastery brewery became 'Königlich Braunen Brauhaus Tegernsee' – and King Max I. Joseph became the first in what is

now five generations of a full line of Wittelsbach brewing men, and not to forget the Queen Dowager Friderike Caroline who also made a more than competent lady brewer. It has remained in Wittelsbach hands, passed down through the family, and today goesby the name 'Herzoglich Bayerisches Brauhaus Tegernsee'. It has been owned by Duke

A typical Bavarian full-bodied beer, fresh, sour and light, for all

The Spezial is a golden helles beer with a bready malt aroma and hoppy fresh palate. A delightful...