When Omer Vander Ghinste started the brewery in 1892, he gave his beers his own name, as this was common in those days. He promoted his beers by placing stained glass windows with the words “bieren Omer Vander Ghinste” in the front windows of the pubs. As these windows were very expensive, it was no option to replace them at every change of generation. Therefore every firstborn son was baptised ‘Omer’. 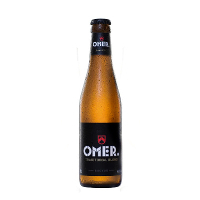