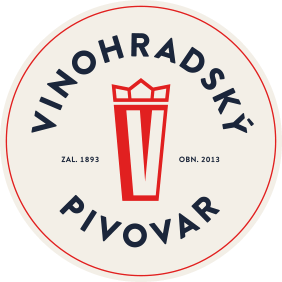 The original brewery was founded in 1893 as Měšťanský Pivovar when the Vinohrady neighborhood was not yet part of Prague. Beer continued to be brewed until the outbreak of WW2.  Following on from the war the brewery was nationalised. in 2014 the brewery evolved from a long-time dream of a group of friends who wanted to make a distinctive Czech lager on their own. The result, a beer made from high quality Czech malt and hops, is a first class lager with unforgettable taste and its own personality. The beer is generally unfiltered and unpasteurised to capture the full flavour and freshness.  The brewery mainly produce the traditional unfiltered Czech type lagers made from only Czech malt and hops. But increasingly they are producing popular special beers like APAs and IPAs primarily with American hops.

Jantarová 13 is a special copper-coloured, amber beer with a full body and a hint of...

Vinohradská 11 is an unpasteurised and unfiltered standard Pilsner style beer with rich...