A Belgian Abbey made a three grain beer in the 1600’s and inspired Brouwerij Bosteels, a small Flemish family brewery based in the town of Buggenhout, East Flanders, to create Tripel Karmeliet in 1996. 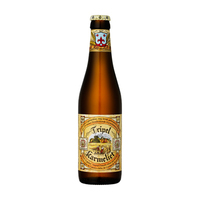