Moosehead is Canada’s oldest independent brewery, with a history that spans more than 140 years. When Susannah Oland brewed the first Oland beer in Dartmouth, Nova Scotia back in 1867, she inspired a great brewing tradition of excellence and innovation. Indeed Susannah and her husband John started their own brewery and their sons eventually moved the growing operation to Saint John, New Brunswick. 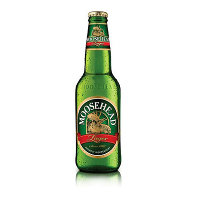