Buy beer from the Keo brewery

Early in the 50’s, on the 17th of May 1951, KEO plc launches its beer brand. A locally produced lager, that became Cyprus’ local beer ever since.  More than half a century later, KEO Beer is closely linked with the island where both locals and visitors declared it as the taste of Cyprus. 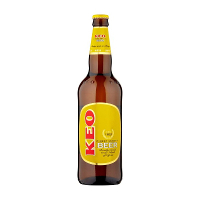