It came to pass in the year 1873 in the old town of Düsseldorf. On the Ratingen Road – the "Retematäng" – lived a bona fide baker boy named Castles. But he was not destined to always bake buns? No, a respectable brewery, that was his dream. The Baker learned the brewing of beer and gave his name to the result of his brewing – a delicious speciality: castles old (Schlosser Alt), which ever since has been brewed according to Düsseldorf art top-fermented beer. 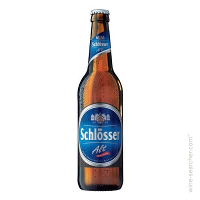