What's the Difference between Keg and a Cask Beer? 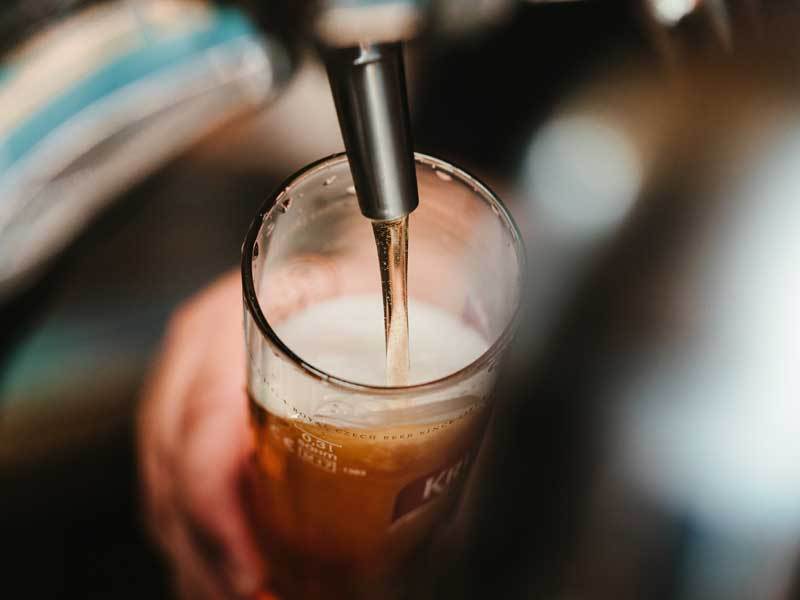 When you're in the pub, the beer is supplied to the pumps on the bar from kegs or casks, but what's the difference?

Cask ale is traditional, unfiltered beer that is served from the same cask it was conditioned in, including any secondary fermentation.  That's why beer from casks is sometimes called 'cask conditioned'.    The beer is delivered to the pub cellar in the casks, where it conditions over a few days and is still alive and kicking when it's poured into your glass.

Cask ale doesn't have any gas, such as carbon dioxide or nitrogen added to it - it's the "real ale" (as named by CAMRA, the Campaign for Real Ale, back in 1973.)  The only tingle in cask beer is from the carbon dioxide that is produced naturally in the fermentation process.

When the cask it opened (tapped) and the beer comes into contact with oxygen, the beer begins to spoil,  most cask ale has a life span of around three days.    Cask ale is served cool, but not cold, at around 12 degrees and is usually dispensed from the hand pump on the bar.

Kegs were introduced in the sixties to replace casks.  They were smaller, more hard-wearing, they could be cleaned easier and they could be pressurised with gas, making the beer last longer.

Keg beer is filtered, pasteurized (so there is no live yeast left in the beer) and artifically carbonated and served cold, at around 5 degrees. This prolongs the shelf life, and maintains a consistent taste.  Kegs with added carbon dioxide are more fizzy, whereas kegs with nitrogen added can have a creamy head.

Kegs suit beers that are hoppier and stronger - the taste comes through more when served colder and with a bit of sparkle.

Why is Cask Beer Cheaper than Keg Beer?

Keg beer involves a bit more processing at the brewery, and needs more expensive equipment at the bar.

What a question!  If you like your beer cool but not cold, and with a deep flavour then a cask ale might be up your street.  But if you want something fresher, colder and a bit more vibrant a keg beer will get your taste buds dancing.

At Beer Sniffers we enjoy both cask and keg beer, and we're always on the lookout for something new so we can stock it on the website for you.