Whiplash begun as a side project for Alan & Alex back in 2016. Both working in brewing already, they rented tanks at the weekend and released single batch small releases for fun from their own place of work and other friend’s breweries around Ireland. Professional beer dudes who were gypsying for fun. Things escalated and by the end of 2017 Whiplash was its very own pain in the neck with the guys going full time. Now renting space and brewing primarily from Larkin’s Brewing Company in Co. Wicklow, 2018 is very much year zero for Whiplash with lots of stuff to come. 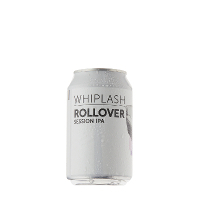 Same hop rate as Whiplash DIPA’s, less than half the alcohol. A very heavily hopped Session...